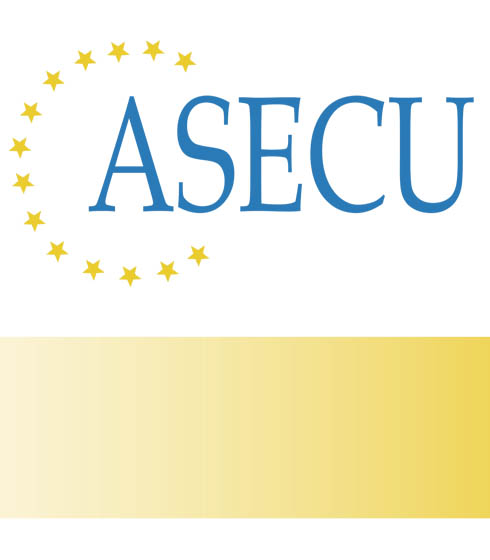 The Association to the Economic Universities of the South Eastern Europe countries (ASECU) was established in November 1996, having as founding members 24 Universities from Albania, Bosnia-Herzegovina, Bulgaria, Former Yugoslav Republic of Macedonia, Greece, Romania and Yugoslavia.  By decision taken in the General Assembly of 2007, ASECU extended as an Association of Economic Universities of South and Eastern Europe and the Black Sea Region. Also, it was decided to accept associate members universities from the Middle East and North-Eastern Africa (article 4 §4 of Statute). This decision was taken in response to expressions of interest in joining the Association from economic universities in countries from these regions. Presently, ASECU amounts fifty five (55) members, Universities and Scientific Centres. Forty-six (46) as regular members from Albania, Armenia, Bosnia-Herzegovina, Bulgaria, Greece, Montenegro, North Macedonia, Poland, Romania, Russia, Serbia, Slovakia, Turkey and Ukraine and nine (9) as associated members from China, Egypt, Hungary, Kazakhstan, Lebanon and Palestine.

The aim of the Association is to promote the interests of the Economic Universities of South and Eastern Europe and of the Black Sea Region, recognized or financed by the state of origin. The specific aims of the Association are:

-to exchange undergraduate and postgraduate students and to exchange teaching and research staff;

-to provide members with the opportunity to exchange information, opinions etc. by publishing a relevant scientific journal or by cooperation in elaborating scientific studies in relation to the future development of higher education and research as well as to improve their quality in the field of economic studies and business administration;

-to undertake initiatives for the protection of the interests of members and their institutions, so as to be supported by international organizations and in particular by the higher education institutions of the European Union;

-to encourage cooperation between universities inside and outside the countries referred to in the Association.

-to pursue cooperation in the field of higher education with the consolidation of close relations with other organizations having similar aims, e.g. E.U.A.

-to provide opportunities for harmonising the degrees of faculties and departments of the universities participating in the Association;

-to promote cooperation between economic universities, faculties, departments in the field of research for the benefit of the economy, the society, peace and the cultural development of the countries referred to the Association.